Although Dallas wasn’t that far a drive (a mere five and a half hours) from Amarillo, I opted to stay the night in Wichita Falls, about half-way to Dallas, where a friend of mine runs the Iron Horse Irish bar.

I pulled into the motel car park and hit the button on the dash which starts and stops the Buick Lacrosse. A message flashed up. 'Are you sure you want to stop the engine?' This was followed by 'Car key fob not detected'. I decided that I would leave the engine running while I pondered what this meant. If the car's computer system couldn't detect the fob, then where the hell was it? I searched the car just in case it was the computer at fault. No fob. Then I searched myself. No fob. If I had lost the keys to a car in Wichita Falls TX that was rented in Nashville TN how would I get a replacement set, how long would it take to get them here and how much would it cost? I envisaged having to stay in this small town for days – and I would miss my next gig. Writing this all these years later, my stomach still turns when I think of it. Don't panic, I told myself. And don't stop the car. 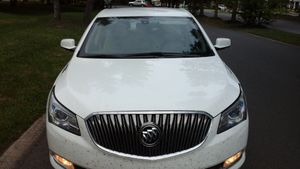 I had made only one stop since leaving Amarillo when I had pulled off of the freeway to get a bottle of water from the boot (trunk). Could I have dropped the keys, then? There was only one way to find out.

The half-hour journey back to the location of my pit-stop seemed to go on forever. I drove in silence, aware that although the fuel gauge was nearly into the red, I couldn't stop to fill up because the key to the fuel filler cap was on the key ring along with the fob. I turned off the air-con to economise on fuel.

When I arrived back at the side road, there was a big semi-truck parked exactly where I had stopped. I approached the truck, aware that it is best not to startle a truck driver – especially one from Texas. There was probably a gun somewhere in the cab.

I explained my situation and asked if he minded me looking under his trailer for my keys. He didn't. My search was fruitless. Would he mind moving the truck forward a little in case the keys were under one of his eighteen wheels? He explained that he couldn't move the truck for another ten minutes as he was taking a legally required break.

I went and sat in my very hot car. With the engine running. 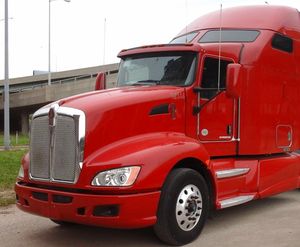 Ten minutes later, the truck fired up and pulled away. I rushed over and checked where the huge wheels had been. There were no keys. I had gambled and lost and now I was in the middle of nowhere with little hope of being able to get back to the motel. I'm pretty sure it was at this point that I would have cried except my attention was drawn to the fact that the truck had squealed to a stop about 200 yards up the road, just before the on-ramp for the highway. The driver jumped from his cab and began waving at me. I ran to him. As I got closer I could see he was holding something aloft. “I got your keys, fella!” he said. How he had spotted them lying on the ground from his cab I will never know. He could see the relief on my face. I thanked him until it was embarrassing to thank him anymore. So instead we tried to work out what had happened. I must've driven off with the keys sitting on top of the car, I surmised. We looked at the six lane highway. He said “You were lucky they fell off when they did. If it had been on the freeway, you would never have found them.” We stood there watching the fast-moving traffic. “Somebody up there likes you, my friend.” I nodded my agreement. He climbed into his cab, saying, “You have a nice day, now, you hear?” And like a true wild west hero he drove off into the distance.

I toasted the driver with no name with several pints of excellent Guinness that night. Then I tackled a Texas steak. It was a fine piece of meat.

I hummed the theme tune to the 1970s television show Dallas as I entered the city. For the life of me, I couldn’t remember who shot JR. 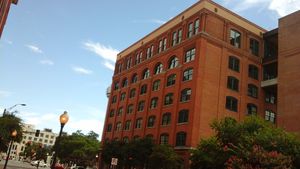 For people of a certain age, the Texas School Book Depository is synonymous with the assassination of John F. Kennedy. It was the location where Lee Harvey Oswald supposedly took the shots which killed the 35th President of the United States on November 22nd 1963. I say supposedly, as conspiracies abound to this day as to who killed JFK.

The building is now a museum. The famous 6th floor corner window has been preserved as it was on that day that shocked the world. Despite its macabre subject, the museum is a tasteful affair. The events are handled in a thoughtful manner. In the three hours I was there, I learned a lot about the man, his presidency, the reasons he may have been targeted, and his legacy. Graceland could learn a thing or two from the Dallas museum. 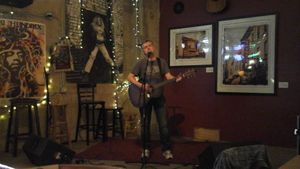 The last night of the tour was a gig at the Opening Bell; an artsy coffee shop with a wonderful vibe to it. I shared the stage with a great duo called Brent and Kate whose stunning harmonies were the icing on the cake of thoughtful songs which were presented with grace and humour. It was a good end to what has been an amazing experience.

Before heading back to the UK, I had a week planned in Nashville, where it had all started ten weeks earlier. Dallas to Nashville is 675 miles and takes at least 10 hours, so I decided to stop en route. I was hoping to make Memphis but weariness caught up with me while I was still in Arkansas, so I pulled into a motel in the small town of Brinkley. 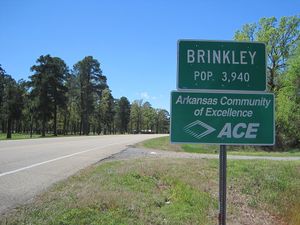 Prohibition - the nationwide constitutional ban on the production, importation, transportation, and sale of alcoholic beverages lasted in the US from 1920 to 1933. It was sent on its puritanical way by the 18th Amendment but some states struck deals with temperance groups to supposedly keep people safe (and at church). Arkansas is one of these states. I didn't know this.

After checking into my motel, I went to a Mexican restaurant. The waiter asked what I would like to drink. A beer, I said. “No beer,” he said in broken English. “We have beer tomorrow.” I’ll come back, tomorrow, I lied. I tried another restaurant. “No beer,” came the reply. Thoughts of Monty Python’s Cheese Shop sketch came to mind. The young lass in the pizza parlour said the same thing. No matter, I said, I’ll have a take-away, buy beer in a shop and dine in my motel room. The girl looked at me, strangely but said nothing. She took my order. It would be 20 minutes.

I went to the liquor store; it was shut. I went into the gas station (please, that’s what they call it!). I took beer from the fridge and took it to the guy at the cash register. “Sorry, sir, I can’t sell you beer on a Sunday.” What? “No beer sales in this town on Sundays.” After asking for confirmation of this distressing news, I jumped in the car and headed to the next town. But alas, I was told: “It’s against the law to sell beer anywhere in the State of Arkansas on a Sunday.” I was gobsmacked. Had I travelled back in time to 1955? I just wanted a bloody beer! I said, how about I leave this crisp $20 bill that's in my hand, here on the counter and you leave a six-pack of beer at the back door, no questions asked? “Well, sir,” he said, “that would be against the law. And a sin.” 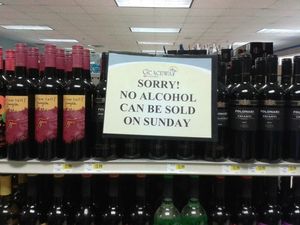 No Alcohol on Sunday

I went back to pick up my pizza. The girl who had served me earlier, handed over my pizza wearing a wry smile; it cost her a tip.

As I drove back to the motel, I could hear something rolling around in the boot (trunk) of the car. It was a single bottle of beer left over from my stay in Dallas. Did I drink it hot with hot pizza or put it in the fridge and wait till it was cold and eat cold pizza? Reader, I waited. It was quite possibly the best-tasting bottle of beer I have ever raised to my lips.

Apropos of nothing, you can buy a gun in Arkansas on a Sunday. Of course, you can.